I recently implemented UI Tests in our application and added code coverage to our existing unit tests. There were a few issues we ran into while setting these features up. Many projects may just be able to check the “Gather Code Coverage Data” checkbox, but others may need special setup. 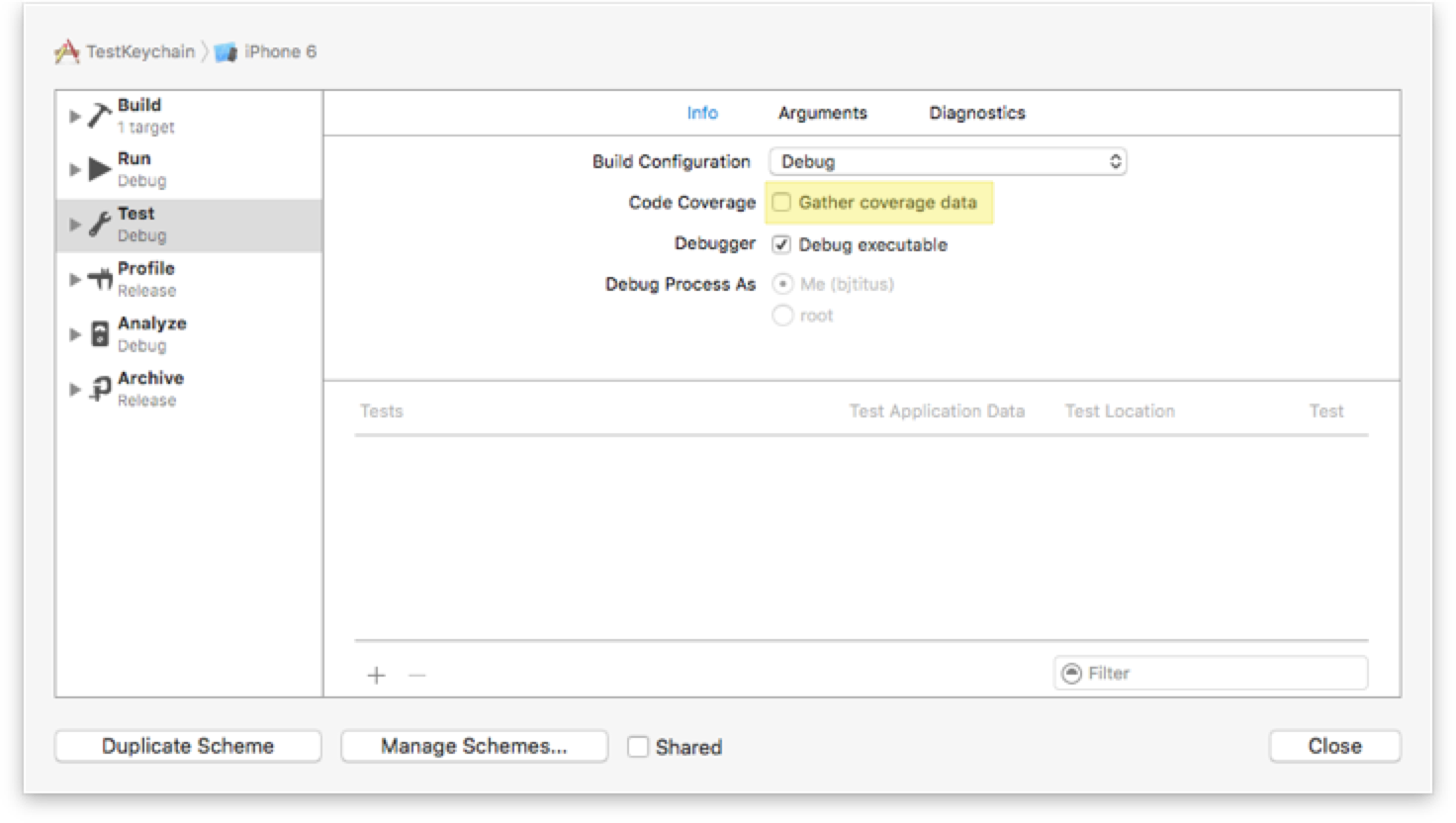 The debug configuration has several build settings necessary to the proper configuration of UI Tests and Code Coverage. We have several different configurations used for testing different backends that were much closer to a production configuration. I didn’t see any of these items mentioned in the documentation but they are vital to making Code Coverage run properly.

We discovered a Swift compiler bug that appears to only happen when profiling is enabled.

You will see the dreaded “Segmentation fault: 11” and notice a SILGenProfiling class and walkForProfiling function being called.

In all of the WWDC sessions and documentation, Apple seems to imply that checking the “Gather Coverage Data” box should just work, unfortunately, only the debug configuration seems to be set up with the proper settings by default. Hopefully this information can help you work around some of these issues.